An Extra Who Wants To Escape The Obsessive Male Lead 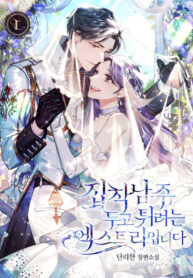 An Extra Who Wants To Escape The Obsessive Male Lead Average 4.7 / 5 out of 26

Diello Argenta’s name engraved on my back indicated that I was his soulmate… but I was a fake.
One day, I possessed the unscrupulous villainess’ body inside an adult novel.

Is there any way I could survive?

I’ll be his wife and act the part to protect his purity until the real one appears. So when the Duke of Argenta awakens his power, he will destroy my villainous family.
While becoming a fake couple with the innocent Diello Argenta, acting sweet day and night…

“If your soulmate appears, it’s time to end the contract.”

Hearing that, Diello, the Duke of Argenta, gave me a long look.

“When a Ferro dies, a new Ferro will be assigned.”

As he grabbed the tip of my chin, the distance between us shortened.

Out of nowhere, he started obsessing over me. Wasn’t he supposed to be a pure and sweet guy?!

The Curse Is Not Over

The Tyrant Wants To Live Honestly

0
An Extra Who Wants To Escape The Obsessive Male Lead