NEW I Played The Role Of The Adopted Daughter Too Well 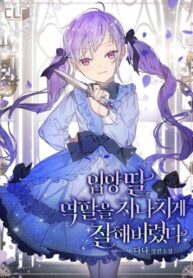 When I first came into the book, my goal was just to survive.

‘I have to live longer! Long and be happy!’

So I did my best.

I am going to walk on my own flower path.

“Wherever I go, the seat next to you is mine. You promised to pat my head for the rest of your life, isn’t that right?”

In the original novel, the male character, who is the strongest man and was stabbed to death, stared at me with obsessive eyes. If I say no, he will destroy the world.

“This is my land from here to here. And yours, too. I’m glad to be able to breathe with your grandest dreams.”

The fourth oldest sister, who became the richest woman on the continent, opened the map and said that.

If I say I don’t have such a grand dream like her, I think a catastrophe will happen.

Laughter rose on the face of the butler who served me.

“If you don’t connect to Verratoux, my heart will stop tomorrow morning. Are you sure you’re okay with that?”

My first sister, who was supposed to be the original successor, threatened me with her life.

And this is the biggest problem. Somehow, a faint smile rose around my father’s mouth, which became stronger than the original father he is.

“Independence? Try it then. I won’t even let a single ant live on this land.”

He then stared at me obsessively.

They are all acting weird.
Everything went wrong.
I only did my very best.

That Villainess Is A Man