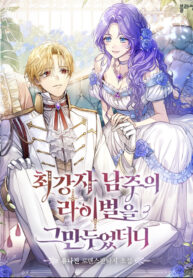 One ordinary day, Anabelle recalled the memories of her previous life.
She realized that she was reborn as the second most prominent character in a novel.
She did all kinds of bad things to the male lead and ended up getting imprisoned.

Annabelle laid down her foundation to prevent the destruction flags around her.
She started to block the plots and conspiracies around Ian so that he wouldn’t be in danger.
But in the process, she attracted the attention of some unexpected characters…

“My my, this is exactly the kind of knight’s chivalry that our family is striving for. I like seeing it very much!”
Ian’s mother suddenly started having starry eyes whenever I was near.

“Will you do me the honor of accompanying me to the opera?”
After I happened to save him alongside Ian, the Prince started flirting with me.

“Ian, I’ve decided to quit being your rival. I want to live a new life.”
“A new life?”
“I kinda don’t want my life to revolve around a fickle man like you, so I’ll just marry an ordinary man and live a normal life.”
“Who’s that man? And how did I become fickle in your eyes?”

Ian, the male lead, kept obsessing over me for some reason.

“Why aren’t you saying harsh things to me these days? Come on, swear at me.”

Lovers Beyond The Mirror

0
I Quit Being the Rival of the Strongest Male Lead