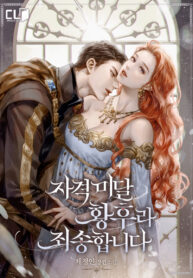 After an unhappy marriage, Rose Etoile dies miserably at the hands of her husband, the Emperor of the Solstern Empire. Somehow, she goes back to the day before the emperor’s marriage proposal to her, and at the rate she’s going, it looks like she’ll have to marry that bastard again.

“I’ll go to Helavant instead of Lady Muriel, the Marquis’s daughter!”

Rose escapes from the madman to the Helavant Empire, but must live with a brute instead. And so she decides. She would tame this beast in order to take revenge on the Emperor of Solstern.

0
I’m Sorry I’m Not Qualified To Be Empress