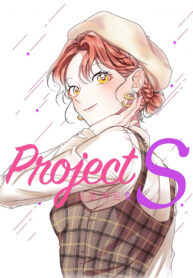 Seung-ah, who works for the Cosmetics company, recently participated in the Hotel Amenity contest held at the Seojin Hotel as a team project but failed to make it out of the preliminaries.

Seung-ah and her co-workers who worked very hard in this contest came in an agreement to meet the officials of Seojin Hotel.

Somehow, when they found out that there was something between Seung-ah and Seo Jin-hyung, the successor of Seojin Hotel, during the time at their university, they all counted on her.

In fact, Seung-ah confessed to Jin-hyung because she loved him unrequitedly in college, but she didn’t like it because she had a painful memory of being dumped. But, she took the courage for the company and contacted him.

Of course, she thought she would be rejected, but Jin-hyung accepted the meeting and welcomed Seung-ah very warmly on the day they finally met.

Jin-hyung brought up the story of the Seojin Hotel contest and said, “Seung-ah, I fell for you!”

Why would a handsome chaebol heir, who should have nothing to worry about, do this to me?!