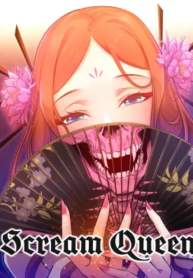 It is a comedic horror comic that even the faint of heart can stomach! Knowing that she would die at the hands of a female ghost the next day, Zhu Yang was determined to drink to her heart’s content before then. When she woke up the next day, her mind was in shambles because of her drunkenness and her house was a mess. There was a female ghost hanging out of her TV with only half of her body—dead! Her disreputable friends accused her of inhumanely torturing the female ghost to death. Zhu Yang said, “”No! I did not! Stop spouting nonsense! I am as delicate as a flower and I only know how to scream when met with scary things. To this, the female ghost who had thought that her prey was an easy one but was killed instead, had something to say.

The Vampire Next Door