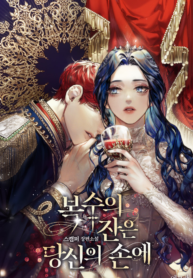 “I’ll put a cup of poison in your hand.”

Judith, the Princess of Tien, who became the Royal Princess of the Roteia Kingdom in exchange for money.

Sick, underdeveloped for her age, and depressed, she spent years of suffering.
Her husband, Prince Franz, gradually went crazy due to his stepmother’s constant harassment, and Judith, who was falsely accused of committing wrongdoings with her brother-in-law, got trapped in a tower.

Judith, who died in despair, returns to the age of 17, before meeting Prince Franz.
Vowing to get revenge not as a little girl from a minor nation, but as the Crown Princess and future Queen of Roteia.

“Pitiful and precious Prince Franz, I will put a cup of poison in your hand. If you can’t retaliate, swallow the poison.”

The Maid In The Reverse Harem Game Wants To Quit

0
The Cup Of Revenge Is In Your Hand