The Curse Is Not Over 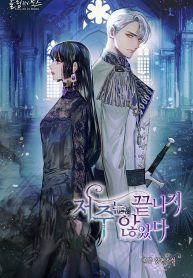 Carnephelia Helsdante, the empty second princess of the empire, stole everything from her first love through the schemes of her half-brother.

Helis Spenbach, the boy who lost everything, cursed and despised the imperial family and their greed.

Their relationship, twisted by resentment and anger, could no longer be fixed by mere apologies. In an attempt to end this misfortune, Carnephelia killed her half-brother, Ianfried.

She did not hesitate.

However, the moment Ianfried died, the ‘Blessing of Helsdante’ became her curse, granting her another life.

A curse that did not allow even death.

She would make Ianfried pay. She would protect Helis this time around.

‘Why are you looking at me with those eyes? You shouldn’t remember anything in this life.’

I Sacrificed My Life, But He Was A Tyrant

0
The Curse Is Not Over