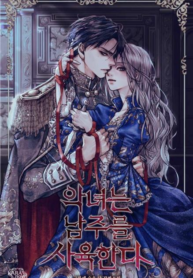 Hee-rin, who was bound to die soon, met her end.

Somehow, she ended up possessing the vicious heroine, Mary Anastasia, of the novel she read in her past life.

But, she couldn’t believe that it was another life that was bound to end early.

For a moment, Hee-rin, who recalled the fate of the heroine, gritted her teeth.

I’d rather be the heroine alone than die because of the male lead stupidly. That’s why I thought of a plan!

That is, to use the cold and cruel villain, Grand Duke Arthur Douglas. He was another villain in the novel, so he was a perfect match for me.

But, for some reason, it doesn’t go as planned?

“Grand Duke Arthur Douglas, I’ve been interested in you lately.”

“But, you’re not even the real princess Mary Anastasia, are you?”

Does he know who I am?

The corners of her mouth crept up.

0
The Female Lead Raised The Villain