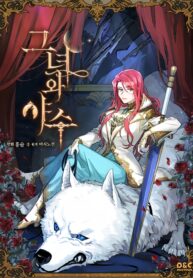 A hundred years after the death of the legendary figure Martina, who was the founder of the Empire, Martina is reincarnated as Astina, a kind of food for the aristocracy.

Contrary to everyone’s expectation of her dying in one night, she began to tame the monster Theodore with her fancy swordwork, and tame it as a pet.

But on one beautiful moonlit night after telling Theodore how talented he was, she kissed him briefly….

A full-fledged romance between the deficient monster husband and the thoughtless wife!

Living My Fourth Life as the Dragon’s Daughter