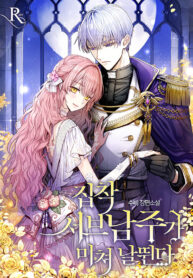 The Obsessive Second Male Lead Has Gone Wild Average 4.4 / 5 out of 28

Just before her wedding, she got struck with memories from her previous life, about a novel that she had read before.

If she didn’t kick up a fuss right now to call off the wedding, then she’s going to be stuck with a husband who’d kill her through poison!

So she kissed the priest who was officiating the wedding, but suddenly, she was surrounded by paladins.

“Commander, are you alright?”

One of the paladins asked loudly as he approached the priest whose lips had been stolen.

He’s the Commander of the Holy Knights?!

Rurutia, who had only a few days left to live, wanted to spend her remaining days in a temple that treated her with warmth.

For those remaining days, she started a business for the temple, and, surprisingly, everything she touched became a hit!

“Miss, you have the whole world at your fingertips!”
“Miss, are you really not a God who descended from above?”

It was confusing enough that a large number of people became her devout followers, but more than that, the second male lead—the Commander of the Holy Knights—was acting especially strange.

“All I want is to be your husband.”

He said this with a hint of obsession in his eyes.

She messed with the plot too much.
The future has changed.

Taking Care Of My Husband In A Tragic Novel