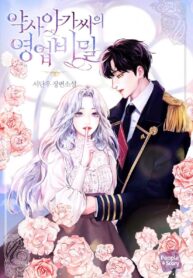 Can estrus (sexual desire) be treated?

April loses everything after her mother was murdered. She barely flees and grows up to be an outstanding pharmacist. She makes money by making medicine by receiving secret requests from nobles. In order to reclaim the fortune of a deprived family by using a framed name!
Meanwhile, April rescues Ian Marquis, who is overwhelmed by heat. Ian comes to April to calm down his “fever,” which no one has been able to cure.

The secret fever’s symptoms can only be alleviated by April’s medicine. Can she find a way to cure Marquis completely?

A young Marquis who has shaken the hearts of social girls and a secret girl! The secret treatment start of two people!

To Help You Understand

Want the next chapter already? Click here for more information.