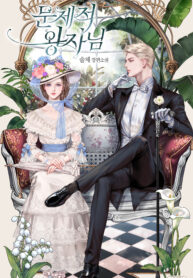 The Problematic Prince Average 5 / 5 out of 6

Is the Royal poisonous mushroom all right?

The prodigal son of the Royal family, once a beloved Prince of Kingdom Lechen,
had to put down the crown in exchange for being the principle figure of an unparalleled scandal.
The Royal mushroom,

As a property to the Hardy family,
she was scammed and destroyed,
and thrown to be sold into the marriage market. She was

Today, when she was going to be sold as a wife
to either a drunkard or an irredeemable garbage,

the problematic prince, Björn Denyster
appears to be the savior.