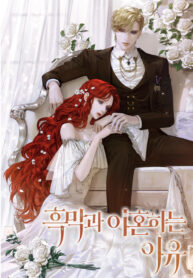 By the time we got used to each other and knew what the other meant just by looking at each other’s eyes, I realized that I was inside a novel.

Unexpectedly, while looking for a way out, I started living together with the villain on a marriage contract.

The male lead, the crown prince who hated everything and everyone, confessed to me.

Ludwig’s blue eyes, which used to be as dry as a desert, wavered like the blue sea.

I want to catch you.

I want you to stay with me. Don’t go.

I Possessed The Final Villain Of A Horror Game

0
The Reason For Divorcing The Villain