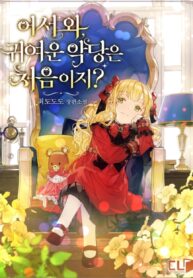 I went back to my hometown after accepting my dying fate, but I learned about my birth secret that was like dog shit.

That I was actually Sophia Herman, the granddaughter of Grand Duke Herman, the empire’s greatest evil family.

The woman that I believed to be my mother was actually a kidnapper.

Hercio Herman, a man without blood or tears and my grandfather, told my kidnapper to do whatever she wanted with me.

[But I couldn’t bring myself to kill you…I’m sorry. Please be happy, Lisian…]

I crumpled my mom’s, no, my kidnapper’s letter.

At the worst moment of my life, I returned to when I was a 5-year-old.

In order to escape a miserable death, I went to Herman Duchy, the family who abandoned me and the greatest evil family in the empire.

With plans to take advantage of them, save my life, and then escape again!