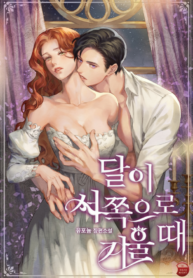 Olivia Claudel, the despised of the Duchy of Deorc.
The employees of the mansion gave her the cold shoulder. While the Duke’s adopted son, Kevin Deorc, raped her continuously.

Then, one day, the Duke’s successor, Leonardo Deorc, returns from the battlefield—
The man Olivia had a terrible crush on.

The joy of reuniting with her crush lasted for a moment.
That is until Leonard finds out about Olivia’s relationship with Kevin…

“Is it true that you said you couldn’t live without a man?”

Leon’s words left her in a deeper abyss.
It was because no one can prove it even if it is not true…
Will this man believe in her even if she says she’s innocent? She already knew that would never be the case.

“What are you going to do?”

“Why? Are you going to replace Kevin?”

As Olivia’s eyes were about to tear up, Leon’s voice could be heard again.

“I mean, I’ll satisfy you instead of him. So, don’t do that with my brother anymore.”

His face was as serious as it could be.
Although her face was filled with confusion, he went out of the room as if he had killed.

“I’ll come back when the moon tilts west.”

Taking Care Of My Husband In A Tragic Novel

I Am The Commander Of The Second Male Lead’s Knights

0
When The Moon Tilts West