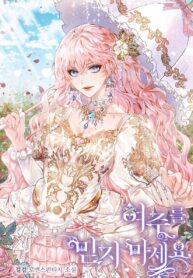 She was reincarnated into a novel as the villainess’ supporter and died a tragic death after harassing the heroine.

To avoid her death, she gave everything to Suzanne, the heroine and helped her get her happy ending. But…

“Think back on your sins. You are convicted of attempted murder, high treason…”

She was betrayed in the end…

The heroine’s vicious nature, which she learned on the brink of her death. At that last moment, she thought.

‘If I was given another chance, I…’

She went back to the day before she met the heroine. The worst mistake she had made in her previous life.

[History is written by the victors.] She will no longer be the heroine’s s*ave. She swears to come out victorious and have her own happy ending!

I’d Rather Abandon Than Be Abandoned

The Goal Is to Become A Gold Spoon, So I Need to Be Completely Invulnerable

I Became The Stepmother Of An Irrevocable Dark Family