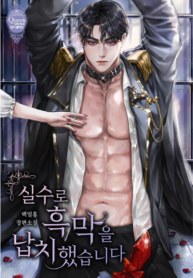 I Accidentally Kidnapped The Ultimate Villain Average 4.3 / 5 out of 149

She possessed the villainess who kidnaps the Crown Prince in the original story. But somehow, instead of abducting him, she kidnapped the final boss, the evil mastermind, the éminence grise* of the novel! And he lost his memory due to the shock!!

She was determined to soothe him, treat him kindly, and send him back to the Duke’s residence as long as he pledged not to kill her in the future.

“The Princess is really careless,”

But she had a hunch that things were starting to go awry.

“Even though you are alone in a bedroom with a total stranger, you’re not nervous at all…”

“I didn’t tell you but, Sir Kylian has a fianceé.”

‘I’ll send you back even if I have to lie!’ The moment she decided to act that way,

Her shoulders were pushed, and she slowly fell backward. Her slender back pressed into the floor, and her hair spread around.

Having pinned her with his upper body and arms, he looked down at her and spoke. A low-pitched voice rang in her ears like a growl.

“Doesn’t my fianceé have the Princess’ face?”

*Éminence Grise is a person who exercises power or influence without holding any apparent position in public circles. The mastermind behind shady, secretive acts. In Korean web novels this word -흑막- usually refers to the ultimate villain

If You Get Caught in the Villain’s Snare

0
I Accidentally Kidnapped The Ultimate Villain