I Thought You Were A Time Limited Husband 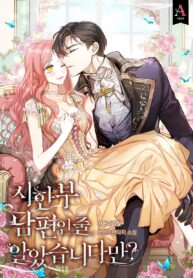 “Six months. Be sure to kill your husband within that time frame.”

At the order of her mother-in-law, she became the supporting role of a wife who kills her husband.

A husband too handsome to poison.
Alice couldn’t bring herself to poison him.

She managed to avoid her mother-in-law from suspecting her by secretly using sacred power instead of poison.

“Mother, I will be a deaconess as the former wife of the Duke! I will become a deaconess and pray for the Duke’s well-being for the rest of my life!”

But why did this happen?
On the very day she tried to leave the Duke, the unconscious duke, her husband, woke up.

“You were the one who pulled me out of the darkness, so take responsibility.”

I saved a drowning person, and he had the nerve to give me a bundle.

“If you don’t like money and power…… how about me? I’ll give you my body if you want.”

What are you offering…?

Alice pulled her earlobe slightly, wondering if she had just heard something wrong.
And asked him back as calmly as possible.

“Unfortunately, I’m not crazy yet. Rather, my mind is clearer than ever.”

Kaillus raised the corners of his mouth with a nonchalant expression.

So you’re saying you’re going to sacrifice yourself?
His words were sincere – this man.

Alice had a hunch as she looked into his dark eyes.
That her life was twisted.

I Became The Villain’s Master

The Time-Limited Duchess Will Do Anything for Eternal Life

0
I Thought You Were A Time Limited Husband