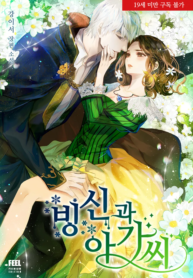 Cahill was standing in front of the men with his excited manhood dangling.

Holly’s face flushed because it was obvious why he was mad all the way to the top of his head at the assassins.

Holly met the Ice God Cahill while trying to avoid debtors.
Cahill, who had just opened his eyes up to s*x, stretched out a hand of seduction to the vigilant Holly…

Accompanying the man who was suspicious from head to toe…
Is it really okay as it is?

I Ran Away And Got Married

0
Ice God And The Lady